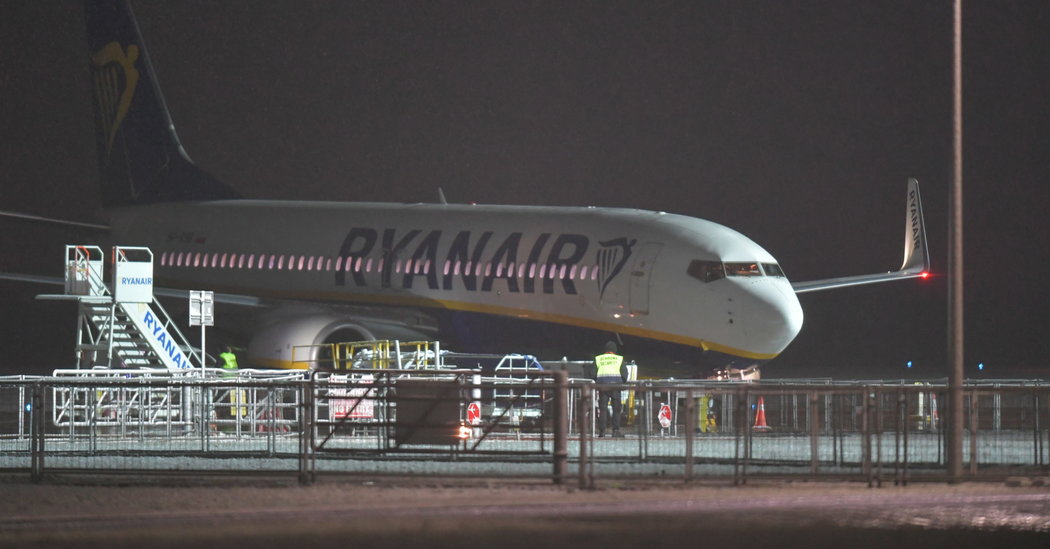 The coronavirus outbreak is pushing the world’s airlines toward financial crisis — and that is starting to complicate efforts to tame airlines’ greenhouse gas emissions, which had been growing rapidly in recent years.

Even though, in the short term, airlines have seen a sharp decline in air travel, and therefore emissions, demand is widely expected to bounce back eventually as the world resumes its embrace of flying. But in the meantime, the airline industry, an increasingly important contributor of planet-warming carbon dioxide in the atmosphere, is citing the financial pain caused by the heath scare as reason to weaken longer-term efforts to fight global warming.

At least one major carrier, Air France-KLM, has cited the virus in calling for European countries to delay upcoming policies designed to curb air travel and reduce emissions. “In view of the coronavirus outbreak, we are asking governments to suspend the introduction of new flight taxes,” Benjamin Smith, the airline’s chief executive, said at the Airlines4Europe conference in Brussels on Tuesday.

For months, airlines in Europe have been vocally opposing plans by governments to impose environmental taxes on air travel.

At Tuesday’s event, Michael O’Leary, the chief executive of Ryanair, criticized a plan by Austria’s government to increase environmental taxes on flights next year, calling them “the equivalent of latter-day highwaymen,” according to a video of a press event he and other airline executives attended.

Plummeting travel due to the virus could also throw a wrench in a longstanding United Nations plan to cap emissions from international flights at 2020 levels. That plan would require airlines to offset increased emissions in future years by funding projects that reduce carbon dioxide by, for instance, planting trees or installing renewable energy.

But the problem is this: If 2020 is an unusually low year for airline emissions — as it is very likely to be, because of the coronavirus scare — that could significantly increase the costs to airlines in future years if travel bounces back to traditional levels.

A preliminary analysis by the Environmental Defense Fund found that, at the high end, airlines might need to purchase up to 20 percent more credits than they were expecting to over the next three years, depending on how much air travel declines and rebounds.

As the United Nations civil aviation body prepares to meet this week to discuss the offset plan, some countries, particularly China, could try to push for significant changes to the program.

Environmental groups said that the outbreak shouldn’t be used as an excuse to weaken programs designed to address aviation emissions. “This is a challenging time for airlines, but that’s no reason to weaken these rules and take airlines off-course on efforts to address climate change,” said Annie Petsonk, international counsel for the Environmental Defense Fund.

Airline revenue worldwide is now projected to fall at least 11 percent this year, according to the International Air Transport Association, a trade group. The collapse in passenger traffic is expected to be particularly severe in countries hit hard by the outbreak, including China, Italy and Iran.

Over all, air travel accounts for between 2 percent and 3 percent of global carbon dioxide emissions. But the industry is experiencing rapid growth, with emissions expected to triple by 2050 owing to the rapid expansion of air travel worldwide, propelled by a proliferation of low-cost airlines and a booming tourism industry catering to a growing middle class.

The expected long-term surge in emissions has led governments and environmentalists to focus on air travel as the next frontier for climate action. In Europe, the Swedish climate activist Greta Thunberg has helped popularize the idea that people should cut back on flying to shrink their carbon footprint, a concept often referred to as flight shame. Last year, there were signs that air travel had dipped in Sweden as environmental concerns around air travel grew.

France plans to put an “ecotax” on nearly all flights starting in 2020 and the Netherlands is preparing a similar policy. In November, nine countries asked the European Commission in November to tax the carbon dioxide emissions from airplanes. And in February, a British court blocked the government’s plans to expand Heathrow Airport in London and add a third runway on the grounds that the plan did not take climate change into account.

In response to the growing concerns about air travel’s climate effects, a number of airlines in Europe and the United States have also recently pledged to clean up their act. Delta Air Lines announced in February that it would invest $1 billion over the next decade on technologies to help the company become carbon neutral.

British Airways, Air France and JetBlue have announced they will purchase carbon offsets to blunt the effect of their domestic flights starting in 2020. Other companies, like United Airlines and Virgin, have started to invest in biofuels that would have lower emissions than jet fuel.

But while airlines are not publicly saying that they are reconsidering those plans, observers warn that those investments could falter as airlines struggle for financial survival.

Oil prices have also been falling sharply, which helps airlines because fuel is one of their biggest expenses. However, lower prices could also deter airlines from investing in more fuel-efficient aircraft, which could also be a setback to long-term efforts to rein in airline emissions.

Delta does not currently have plans to change its climate goals. An Air France-KLM spokeswoman, Ulrike Gendrot-Haubold, said that the airline was “monitoring closely the situation” and it was too early to say whether its climate investments would be affected.

If airlines do scale back their climate efforts, that could pose a problem for future efforts to restrain aviation emissions, since analysts expect that air travel is expected to rebound strongly if coronavirus fears eventually subside.

“This is the kind of blip that the industry has repeatedly experienced over the last two decades,” said Andrew Murphy, aviation manager at the Brussels-based campaign group Transport & Environment. “Whether it’s a financial crisis or terrorist attacks, reductions in air travel tend to be temporary and then bounce back.”

That said, it’s tough to predict the future, and Mr. Murphy also raised the possibility that as companies get used to teleconferencing during the current crisis, they might also reconsider their long-term reliance on air travel. “In Europe, we already saw people opting not to fly, it’s possible that this crisis could accelerate some of those trends going forward.”