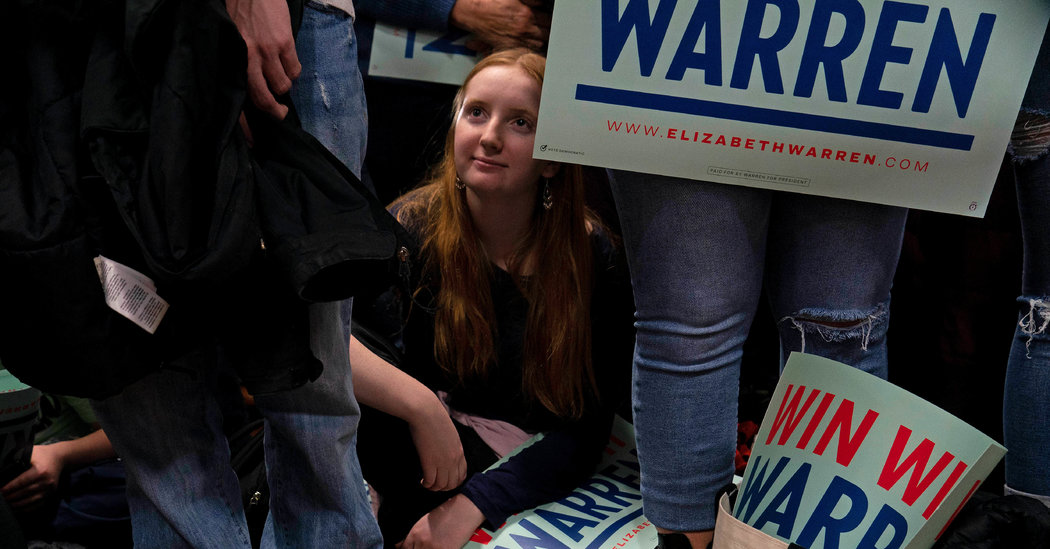 “I am grieved and angry that the most qualified candidate who, like Hillary Clinton, is a woman, has been forced by squeamish voters to bow out. She was hampered by the steady drumbeat of media analysis in which she was either treated as an also-ran or ignored completely. There is ample evidence pointing to the ingrained misogyny and sexism that is the fallback position in this country, but which is routinely dismissed as a victim mentality by those whose interests are most threatened at the prospect of a woman in power.” — Barbara Harman, Minnesota

“Warren was the most qualified and talented presidential candidate this country has had in my lifetime. Wicked smart, passionate, a master communicator, a fighter for average Americans, empathetic, kind and an absolute star of a public servant. She would have made a superb president if not for American pettiness, misogyny, and cultured ignorance.

She suffered the proverbial fate of Adlai Stevenson, who, when a supporter told him that, ‘Every thinking person in America will be voting for you, sir,’ replied, ‘I’m afraid that won’t do — I need a majority.’ I hope Senator Warren remains in public service for a long time. America needs her.” — Socrates, Downtown Verona, N.J.

“I’m sad to see Elizabeth Warren bow out. In many ways, she has been the candidate with the highest character and the best set of ideas and policies to carry out the kind of transformational change the country needs. A return to so-called ‘normalcy’ would be a nice relief after the destructive madness and corruption of Trump but would not in itself do anything to resolve the many problems we face, from health care to immigration reform to growing economic and social inequality. She is the most decent, thoughtful and fitting person to lead the country. Her departure says most about the continuing polarization, dysfunction and gender inequality in the country.

Someone else in this section cited Warren’s supposed dishonesty, but that’s a gross distortion along with a dishonest take in viewing male vs. female candidates. Her claim to some Native American heritage was not a ‘ruse,’ and her explanation should have settled it. I was disappointed that she didn’t answer the question about whether middle income people would see a tax increase under her plans — not just a net benefit after all factors are calculated — but she did not alienate sensible and progressive voters overall. Those who seek to disparage her by cherry-picking three or four supposedly damning aspects of her candidacy are looking for easy excuses and hiding their gender bias. Warren deserves to be president and would have done an excellent job when we really need it.” — TRJ, Los Angeles

‘I thank Elizabeth Warren for providing inspiration to millions of people, especially young women and girls’

Many readers saw Ms. Warren as a barrier-breaking candidate and an inspiration to young women who might want to pursue politics in the future.

“Our country has missed an incredible opportunity. Elizabeth Warren would have made a brilliant president. She has it all. I’m sad that we, as a nation, are too fearful to reach out for the big, structural change we clearly need. I thank Elizabeth Warren for providing inspiration to millions of people, especially young women and girls.” — Ann, Massachusetts